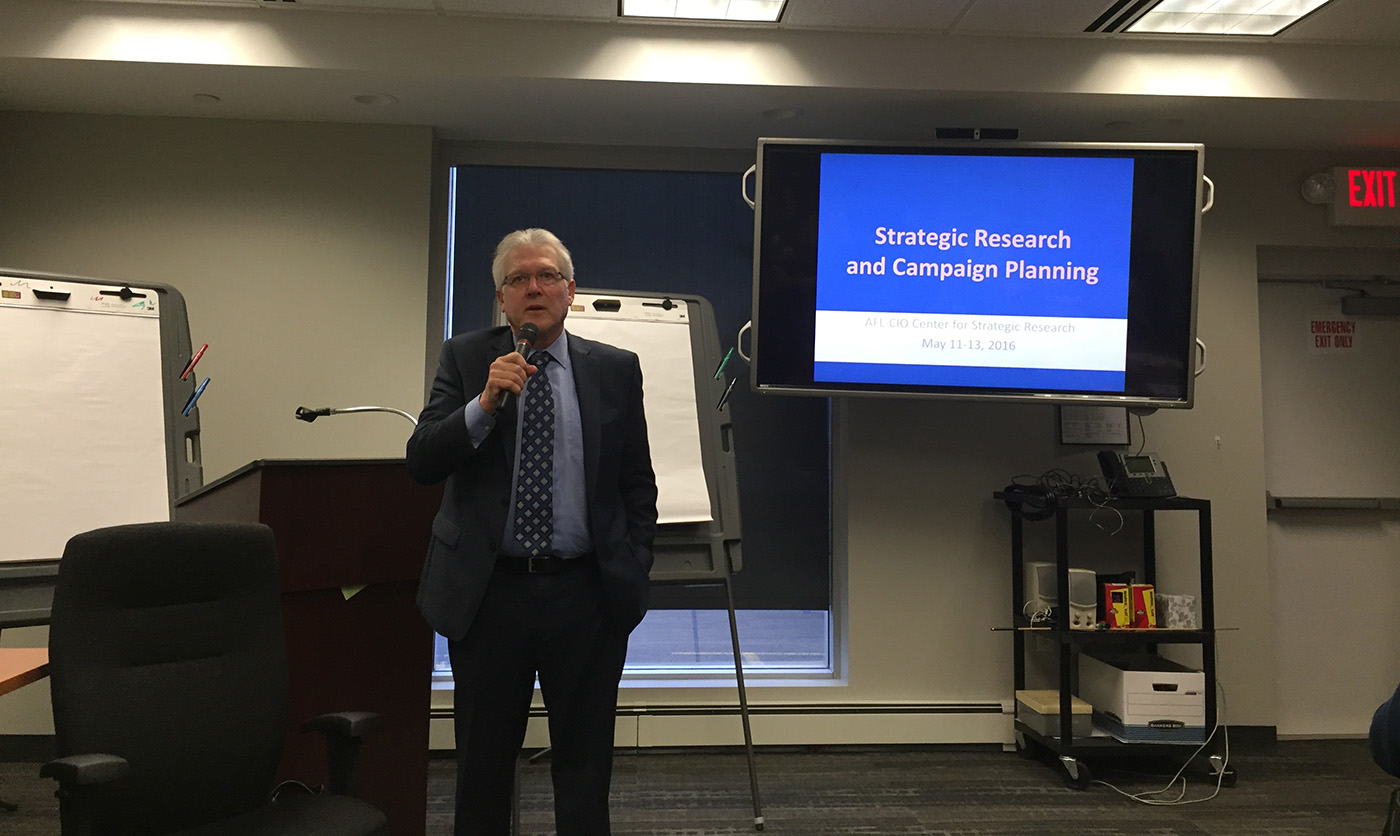 In union-organizing and contract campaigns, information is power. And a first-of-its-kind training in Minnesota this week aims to equip more unions with the skills needed to access – and utilize – information that builds power for working people.

“This is the first time the national AFL-CIO has brought this training to a state,” Minnesota AFL-CIO Strategic Research Director Melissa Hysing said. “So it’s exciting.”

The nation’s largest labor federation developed the training to help its affiliates meet the challenges of a changing economy.

Corporations are now global entities with assets worldwide, and workplaces are increasingly fragmented, with layers of contractors, subcontractors and temp agencies. Strategic research, Hysing said, helps unions “identify who has the power over the workers and how to approach that power,” whether it’s at the bargaining table or in an organizing campaign.

“Our current regulatory environment doesn’t do enough to support workers who want to organize,” she added. “Combined with the ongoing attacks on unions, it’s a really challenging environment in which to organize. So we have to be strategic.”

That starts with digging deep into an employer’s operation, from its balance sheets to its foreign subsidiaries – information corporations aren’t often forthcoming about sharing with the public.

“We’re not going to spend two and a half days training you how to Google,” Julie Farb Blain, director of the AFL-CIO’s Center for Strategic Research, told participants at the beginning of today’s session.

As important as gaining access to information about an employer is knowing how to use it.

The Minnesota AFL-CIO offered the training in collaboration with the Center for Strategic Research. The national AFL-CIO wanted to roll out the initiative here, Minnesota AFL-CIO President Bill McCarthy said, in part because the state’s unions – and labor federations – are receptive to new methods of building worker power.

“At our regional labor federations and at the Minnesota AFL-CIO, we don’t organize workers directly, but we can lend support, including strategic research,” McCarthy said. “That’s how we create a culture of organizing throughout our local labor movement.”