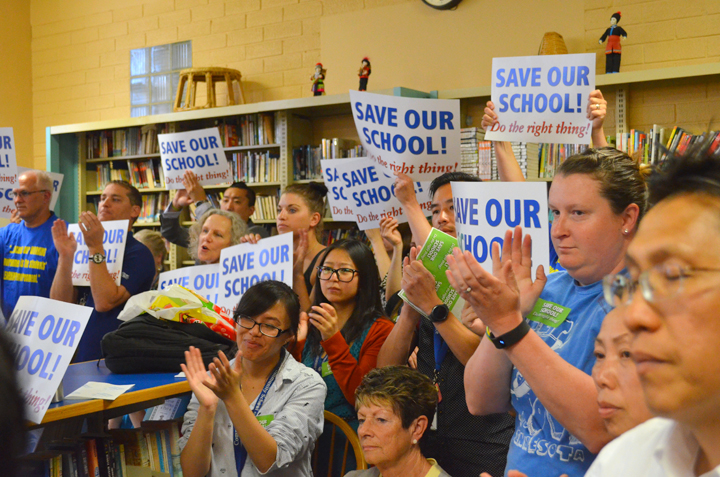 Earlier this month, teachers at Community School of Excellence in St. Paul pushed back against administrators’ plan to cut classroom programming and lay off personnel, including most members of the fledgling staff union’s bargaining team.

Now, not only have several programs been taken off the chopping block, but members of the Federation of Charter School Employees will vote soon on a tentative agreement for a first contract.

“Things, as of now, certainly seem to be moving in the right direction,” said union spokesperson Aaron Porzelius, a kindergarten teacher at CSE.

That’s a dramatic improvement from where things stood June 8, when 50 teachers and aides at CSE were notified they would not return next school year. Among them were four members of the union’s five-person negotiating team.

With support from Education Minnesota, the statewide educators’ union, CSE teachers and staff mobilized quickly to put pressure on administrators to reverse the cuts, which included elimination of the curriculum for English-language learners – a puzzling move, considering CSE’s focus on serving the Hmong community.

“The educators of CSE have been working for years to build a school that serves the special needs of its community,” local union president Blythe Inners said. “More than three quarters of our students are English language learners, and we’re proud of their progress.”

Staff packed the CSE school board’s meeting June 9, imploring board members to consider the impact proposed cuts – combined with increased staff turnover – would have on students.

“With 50 CSE staff members losing jobs, is that the kind of change needed for our students?” Porzelius said at the board meeting. Rather than replace existing staff with inexperienced newcomers, he urged board members to “continue to invest in these teachers and you will see those test scores rise.”

Within three weeks, CSE administrators had reinstated the ELL program and several staffing positions, including one classroom teacher who was let go. Further teacher reinstatements, Porzelius said, were potentially in the works.

Meanwhile, the staff union’s negotiating team reached a tentative agreement with CSE on a first contract June 19, after negotiations extended into the early-morning hours. Union members will take a ratification vote before July 5.

It’s a big accomplishment for members of the CSE staff union. About 100 employees voted two years ago to join the Federation of Charter School Employees, an affiliate of Education Minnesota, but school administrators dragged out negotiations and refused to respect employees’ decision to unionize.

The school drew a stiff rebuke from the National Labor Relations Board last year for retaliating against union supporters with disciplinary actions, and in January the NLRB’s regional director dismissed an attempt by CSE to decertify the union, citing a “tainted” atmosphere.

Administrators finally got serious about negotiations after the school lost its authorizing organization, Concordia University. All Minnesota charter schools must have the backing of a legal authorizer, and CSE has until July 1 to find a new one or it must close.

Fortunately for CSE teachers and staff, the school’s best hope for opening at all next year is the Minnesota Guild, a charter-authorizing organization sponsored by the Minneapolis Federation of Teachers. The Guild’s governing board includes current and former local union presidents, who probably do not look kindly on layoffs targeting union activists.

“The school is still trying to work things out with the Guild,” Porzelius said. “But having this labor contract and reinstating staff will help.”