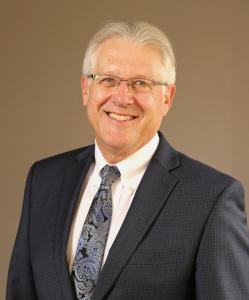 Bill McCarthy began his work in the Labor Movement when he joined Hotel Employees & Restaurant Employees Local 17 in 1985. He became a Business Representative and then was elected President of the local. As President, Bill helped lead support for the Holiday Inn Express workers and led hundreds of Minneapolis hotel workers in their landmark 2000 strike.

Elected President of the Minneapolis Regional Labor Federation in 2002, McCarthy has worked for policies to ensure that all workers earn a living wage, receive health and retirement benefits, and most importantly, are treated with dignity and respect. While leading the Minneapolis Regional Labor Federation, he has expanded community outreach and partnerships, especially  among people of color.

"The Labor Movement is at a critical moment; while court decisions are changing the traditional union organizing model, workers everywhere are standing up for better wages, benefits, and treatment on the job,” McCarthy said. “I’m excited and honored to partner with working people to lead and grow Minnesota’s Labor Movement through this time of change.”

McCarthy currently serves as Chairman of the Board for Working Partnerships, Inc., a nonprofit he founded in 2006 to serve union members in need and their families. Additionally, Bill serves on the Board of Directors for the Greater Twin Cities United Way.

He also serves as a Board Member of the Minnesota Sports Facilities Authority, established by the Legislature in 2012 and charged with the design, construction and operation of the new multi-purpose stadium which will replace the Metrodome and house the Minnesota Vikings. McCarthy is a Board Member of Meet Minneapolis, Convention + Visitors Association, which works to market, sell and maximize the visitor experience of Minneapolis for the economic benefit of our community

Bill McCarthy is a Minneapolis native, a Vietnam War veteran and a University of Minnesota alumnus.