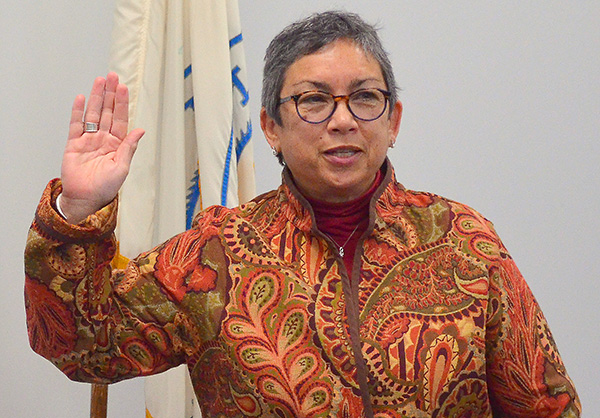 Bernie Burnham was sworn in today as the 10th President of the Minnesota AFL-CIO, the state federation of Labor Unions who represent more than 300,000 working people. Burnham was unanimously elected by the federation’s General Board in December to succeed retiring President Bill McCarthy, who has served as President since 2015.

“Working people have more leverage right now than we’ve had in a generation,” said Burnham. “As record numbers of workers seek to join together into unions, the Minnesota AFL-CIO is ready to support these workers and our affiliated unions in the fight for a voice at work, economic security, safer workplaces, and respect on the job.”

“I want to congratulate President Burnham on her history making achievement and wish her all the best in leading Minnesota’s Labor Movement,” said Minnesota AFL-CIO President Emeritus Bill McCarthy. “The Minnesota AFL-CIO is in good hands with an exceptional leader in the fight to build a more just and equitable state.”

Burnham will serve alongside Secretary-Treasurer Brad Lehto, who has served in that office since 2018. Both officers’ terms last through the September state convention.