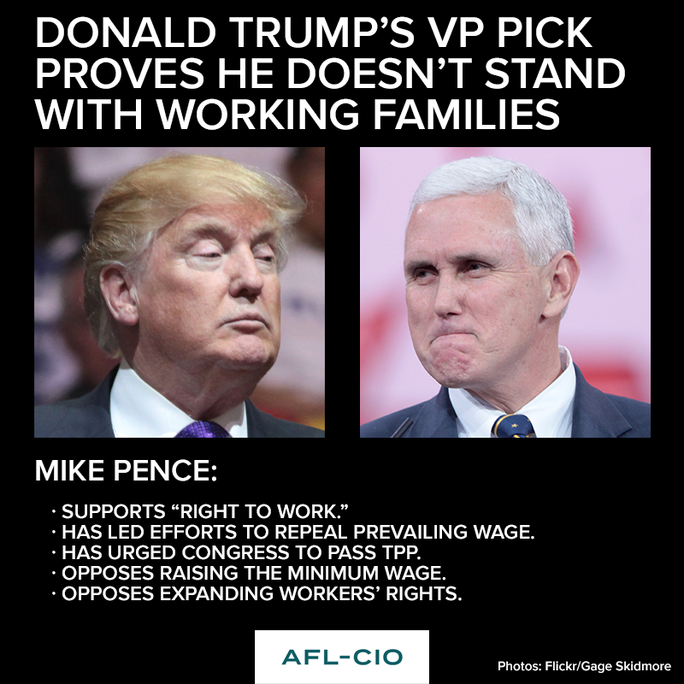 "Congratulations to Donald Trump on the second worst vice presidential pick in history.

"We need leaders who will bring us together, not tear us apart. Mike Pence once again proves Donald Trump’s true priority of assaulting the rights of working people and helping corporate CEOs line their pockets."

In case you've forgotten how bad Pence is, check out a few of his anti-working people tweets.