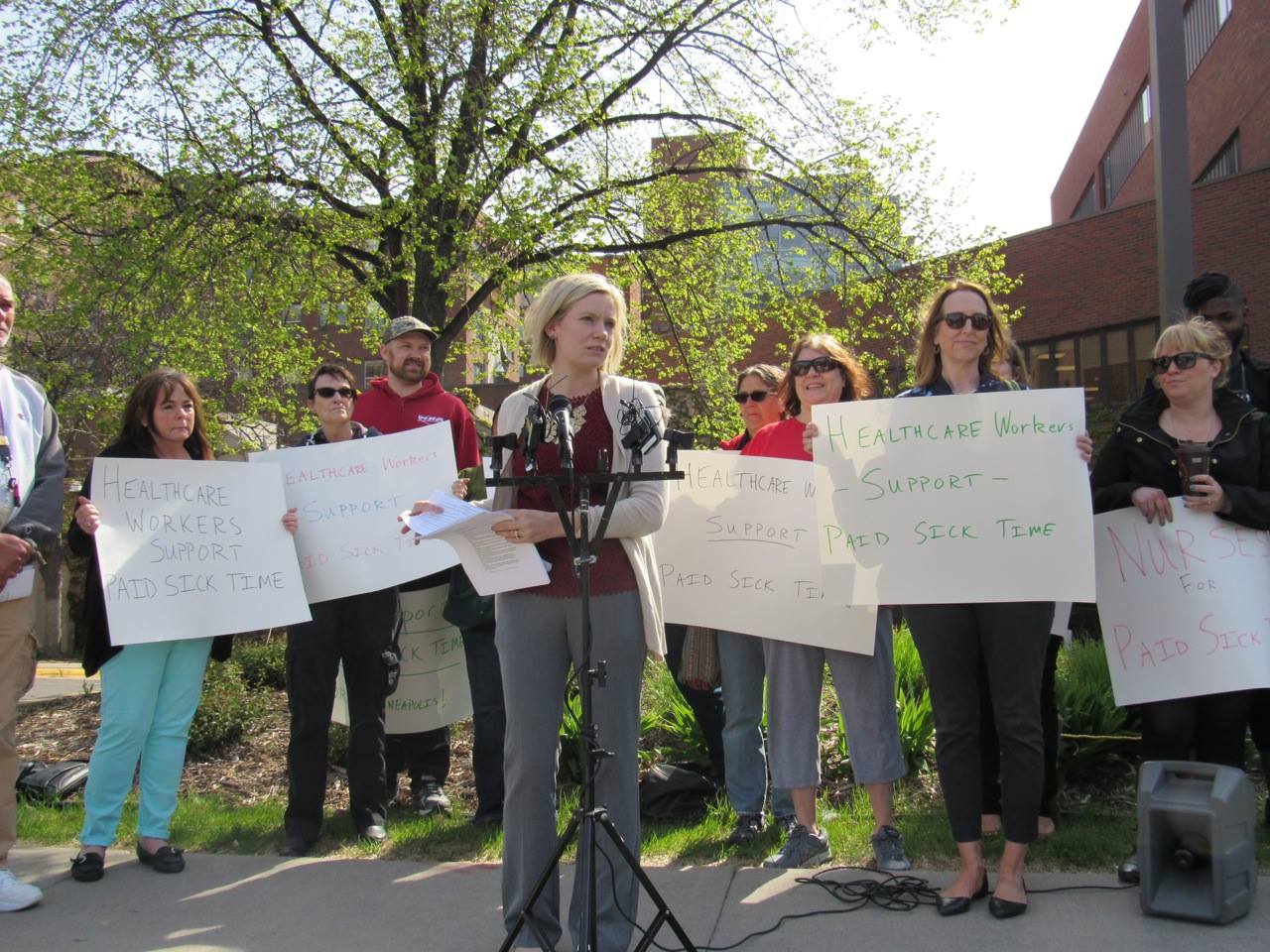 Nurses and hospital workers today added their voices to the call for guaranteed access to earned sick and safe time for all workers, urging members of the Minneapolis City Council to take up a robust citywide ordinance when they meet Thursday.

It’s estimated 42 percent of Twin Cities workers don’t receive earned sick and safe time benefits. They are forced to make choices no one should have to make, health care workers said at a press conference outside Abbott Northwestern Hospital.

Jeff Sarro, who schedules patient appointments at Abbott Northwestern, said he’s “witnessed several patients have to choose between their appointments and feeding their families.”

Madeline Gardner, a labor and delivery nurse, said working parents shouldn’t be forced to choose “between staying home with a child who’s too sick to go to school or being able to pay the rent that month. Life just doesn’t need to be that stressful.”

And Christina Cortez, who has worked at the McDonald’s restaurant inside Abbott Northwestern for 10 years, said she still doesn’t get earned sick time – even though she works in a health care facility.

The press conference was organized by the Minnesota Nurses Association, SEIU Healthcare Minnesota and the Twin Cities-based worker center CTUL to highlight support for the policy recommendations of the Workplace Partnership Group, a task force set up by Minneapolis’ mayor and city council.

At a news conference yesterday, workers and business owners of color gave their support to the WPG’s recommendations.

The WPG included representatives of large and small businesses, as well as workers, and it hosted listening sessions across the city over the last four months before voting 13-1 in favor of its recommendations.

If turned into a citywide ordinance, Gardner said, the WPG recommendations would make for “breath-of-fresh-air public policy.”

A group similar to the WPG is considering earned sick and safe time recommendations to the St. Paul City Council. The advisory committee is expected to finish its work by this summer.