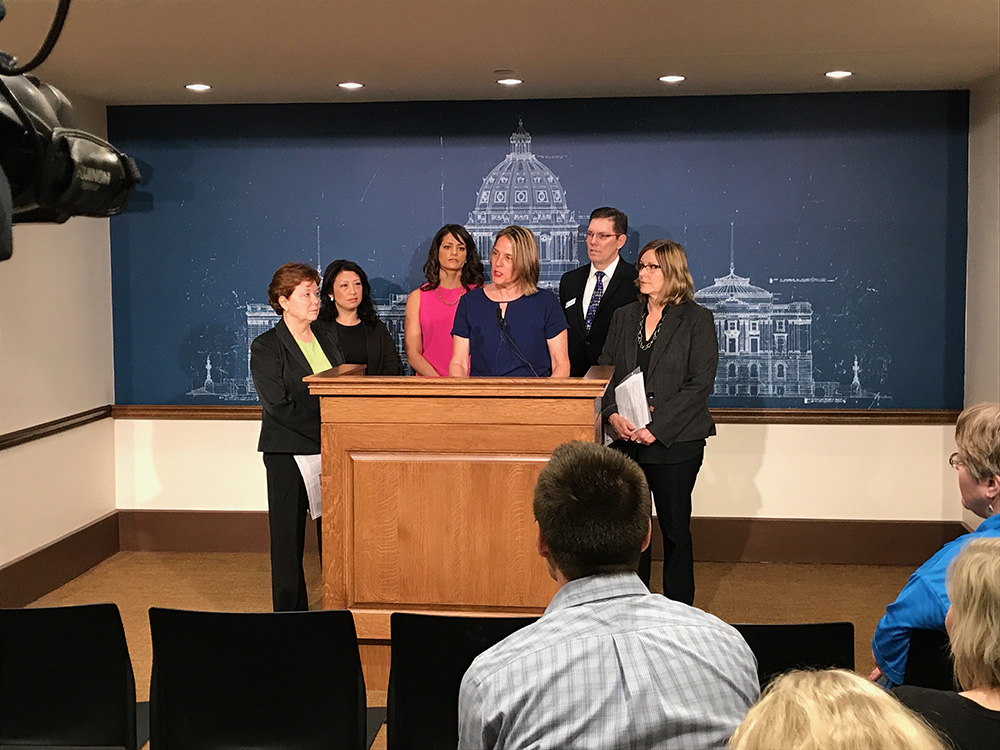 “A clear majority of Minnesotans have made it clear they reject this corporate interference in local democracy,” said Maplewood Mayor Nora Slawik. “We’re calling on Governor Dayton to listen to Minnesotans and veto this bill when and if it crosses his desk.”

The legislation, now sitting in a House and Senate conference committee, would also retroactively repeal the paid sick day ordinances that are set to benefit more than 150,000 working Minnesotans. Those ordinances only passed after a long process that included discussion and input from all involved stakeholders.

“Local government is the closest and most responsive to citizens. If you have an issue in your neighborhood, you contact your city council member, county commissioner, or mayor first,” said Hennepin County Commissioner Debbie Goettel. “Not everyone can come to St. Paul to testify at a committee hearing in the middle of the day.”

HF 600 is just one of many bills introduced this year that would curtail local control. 50 different city councils have passed resolutions to oppose these bills.