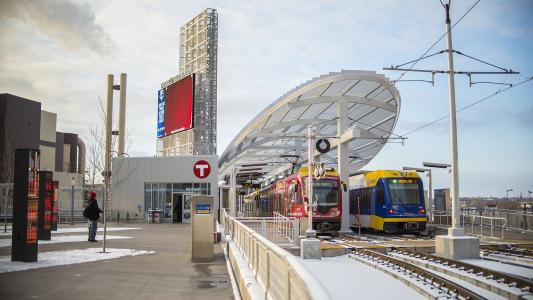 The contract, which covers about 2,400 members of Amalgamated Transit Union Local 1005, still must be approved by the Met Council before taking effect. The council is expected to consider the contract at its May 25 meeting.

“I don’t expect that to be anything more than a formality,” Local 1005 President Mark Lawson said.

Once finalized, the contract will provide Metro Transit operators and mechanics with raises retroactive to Aug. 1, 2015 – and another 2.25 percent bump in August 2016. Some workers will see larger increases as a result of changes in job classifications included in the contract.

Those terms represent an improvement on the “final offer” rejected by Local 1005 members in a near-unanimous vote in February. This time around, about 72 percent of voting members approved of the tentative agreement.

Other provisions of the pending contract include:

“The vast majority of members feel this is a contract they can live with and move on with,” Lawson said. “Because it’s a two-year deal, we’re going to be starting to work on the next contract, getting our proposals ready, by the end of this year.

“So we get a breather, and then we get to start all over again.”