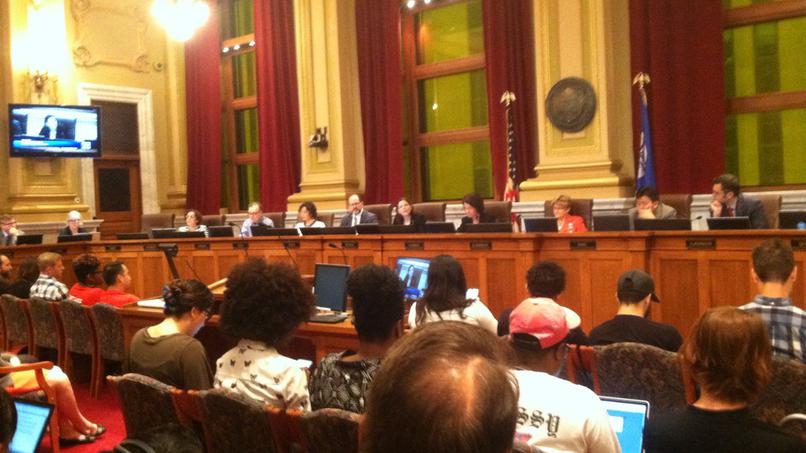 The Minneapolis City Council made history Friday by passing the state’s first ordinance requiring employers to provide earned sick and safe time. The action followed a massive campaign led by workers of color.

Minneapolis is the 27th city in the country and the first in the Midwest to extend sick time to most workers, organizers said. The ordinance will take effect in July 2017.

Friday’s action by the City Council will help the 41 percent of workers who lack access to paid sick time, many of them women and workers of color.

More than 100,000 people are expected to gain access to paid sick days under the new law. Workers at businesses with six or more employees will be able to earn one hour of paid sick time for every 30 worked, up to a maximum of 48 accrued hour per year. At businesses with five or fewer employees, the leave will be unpaid.

“Fast food workers and janitors with CTUL have been striking for the past few years for higher wages, union rights, a voice in the workplace and benefits like paid sick days and finally our city is taking a big step to help us workers and our families. We deserve to take care of our health and our families as well,” said Guillermo Lindsay, a McDonald’s worker and member of CTUL, Centro de Trabajadores Unidos en Lucha/Center of Workers United in Struggle.

The vote came after a yearlong campaign involving hundreds of workers and numerous community and labor organizations. Throughout 2015 and into early 2016, hundreds of low-wage workers held forums, marches, rallies, and went on strike, sharing their stories on social media, with their council members, and with the press.

“The passage of earned sick and safe time not only secures the income of my customer base – it is a step forward in solving the racial and gender-based disparities growing here in Minneapolis,” said Dan Swenson-Klatt, owner of Butter Bakery Cafe. “When working families have a reliable income that they can count on, regardless of unexpected illnesses, it boosts the collective wealth of our community."

The ordinance closely followed the recommendations of the city’s Workplace Partnership Group, appointed by Mayor Betsy Hodges and the City Council in November to develop recommendations for a sick time ordinance and consisting of representatives of business and workers.

"This is a huge win for the city and for workers like me,” said Chris Pennock, an hourly worker and member of Working America.

“The ordinance reflects the needs that working people and community members highlighted at the 10+ listening sessions I participated in as a member of the Workplace Partnership Group. What we heard was clear: Minneapolis working people need to be able to take time off to care for themselves or their families without losing pay. It's incredibly exciting to see the Partnership's efforts turn out a smart policy that will help Minneapolis stay healthy and productive."

Chelsie Glaubitz Gabiou, president of the Minneapolis Regional Labor Federation said, “This policy shows that we can create a better balance to reflect our shared values of fairness.  This is a step forward towards economic stability for many hard-working Minneapolis workers and their families.”