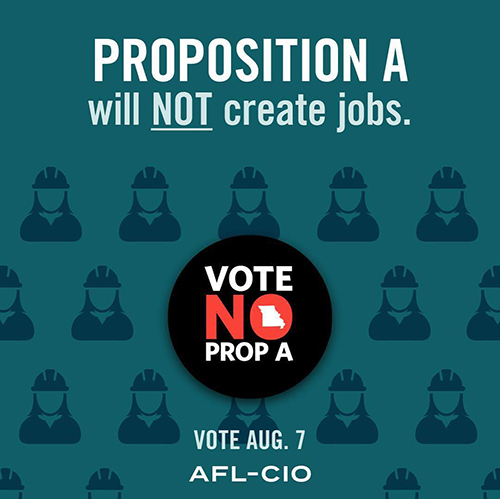 Minnesota AFL-CIO President Bill McCarthy issued the following statement on the rejection of Proposition A, the so-called “Right to Work” law in Missouri tonight:

“Tonight’s election result in Missouri is a victory for all working people. Voters rejected a corporate-backed power grab and instead chose to protect their freedom to join together in strong unions.

“Today’s vote, just a few hundred miles south of us, should serve as a clear message to policymakers here in Minnesota that working people are sick of the continued attacks on our freedom to prosper.

“We congratulate our union brothers and sisters in Missouri on their successful grassroots campaign. Their victory inspires us to work even harder to elect candidates who share our values this fall so we can continue to build a Minnesota where all working people have the freedom to negotiate a fair return on their hard work.”