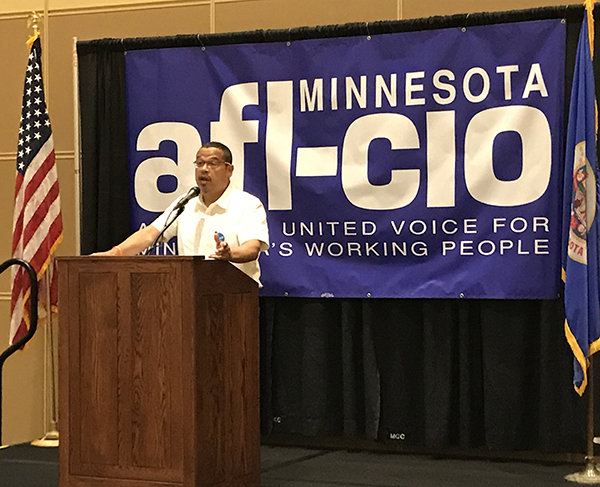 “Throughout his entire career, Keith Ellison has fiercely defended workers’ freedom to organize and join together in union to negotiate a fair return on their work,” said Minnesota AFL-CIO President Bill McCarthy. “Working Minnesotans can count on Keith to carry that commitment to the Attorney General’s office where he will fight for workers to be treated with dignity and respect.”

An endorsement from the Minnesota AFL-CIO represents the support of more than 1,000 affiliated unions across the state and a commitment to engage union members at the jobsite, on the phone, and in their homes about the importance of voting for Labor-endorsed candidates this fall.

“For more than a decade, Keith Ellison has advocated every day in Congress for the working people of his district, his state, and the entire country,” said Minnesota AFL-CIO Secretary-Treasurer Brad Lehto. “He has literally stood shoulder to shoulder with working people on picket lines in every corner of our state and will continue to seek justice for workers as our next Attorney General.”