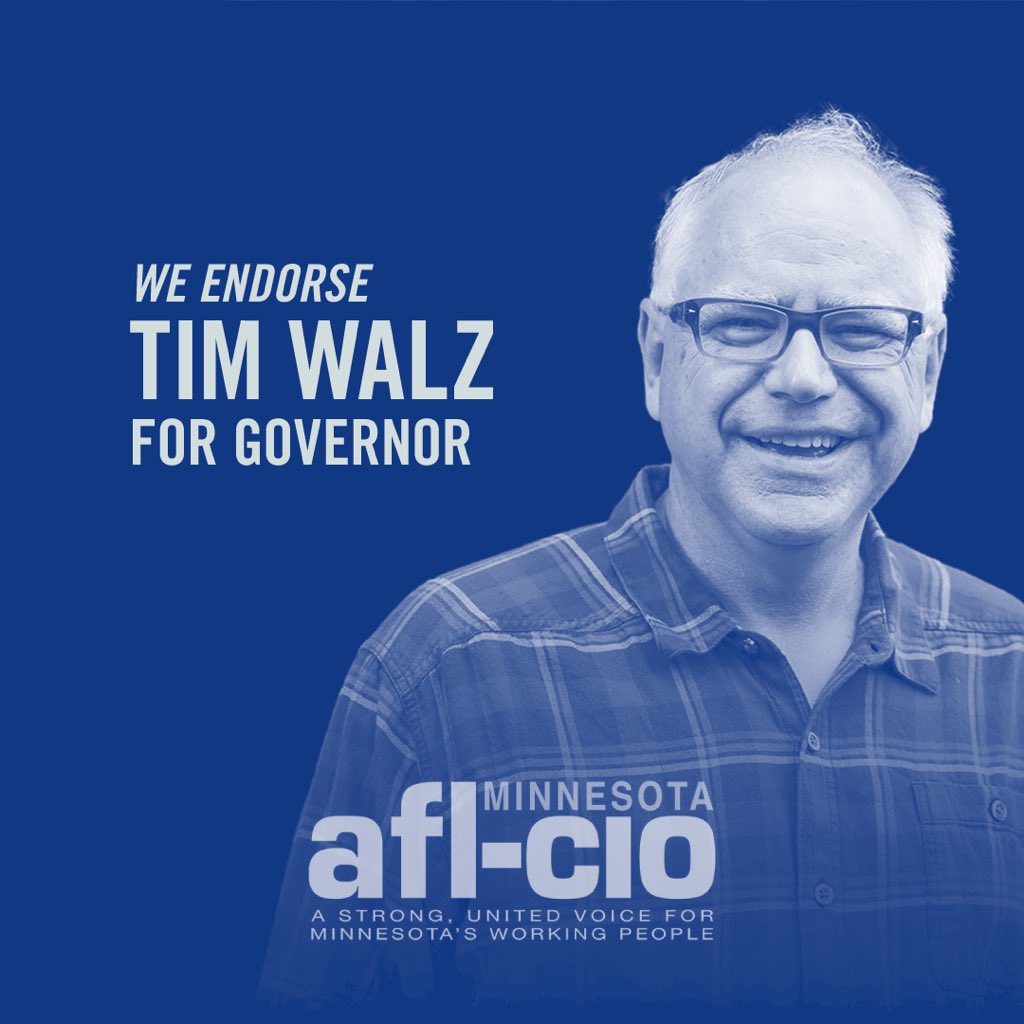 The General Board of the Minnesota AFL-CIO voted unanimously today to endorse Congressman Tim Walz for Governor and State Representative Peggy Flanagan for Lt. Governor in this November’s election.

“Minnesota’s labor movement stands united around Tim Walz and Peggy Flanagan because they have always stood with working people and will carry that commitment to the Governor’s office,” said Minnesota AFL-CIO President Bill McCarthy. “As a twenty-year educator & union member, Tim Walz understands first-hand the importance of protecting working people’s freedom to join together in union to negotiate a fair return on their work.”

An endorsement from the Minnesota AFL-CIO represents the support of more than 1,000 affiliated unions across the state and a commitment to engage union members on the importance of voting for endorsed candidates this fall.