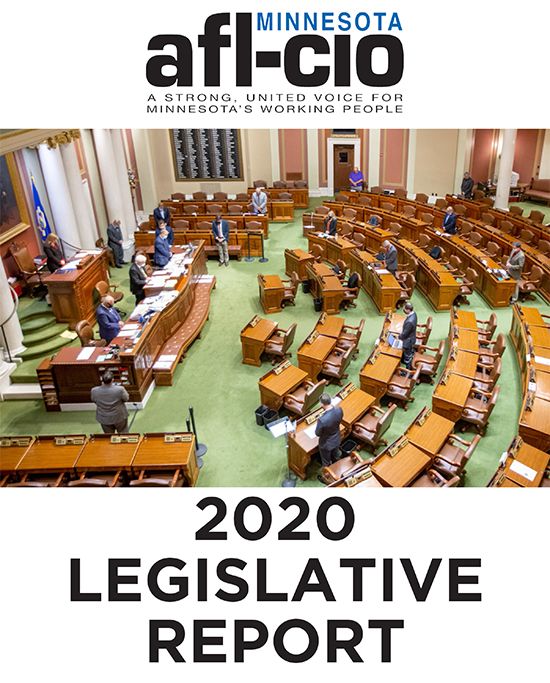 Following yesterday’s adjournment of October’s special legislative session, the Minnesota AFL-CIO released its 2020 legislative scorecard. The report shows how every lawmaker voted on issues important to both union members and all working Minnesotans.

“With nearly two weeks remaining to vote, it is vital that working Minnesotans know where their State Representatives and Senators stand on key labor issues like infrastructure, healthcare, safety, schools, and more.” said Minnesota AFL-CIO President Bill McCarthy. “This is yet another tool that voters can use to make informed choices on their ballot.”

The 2020 scorecard includes votes from 2020’s regular legislative session and multiple special sessions, including Wednesday and Thursday’s House and Senate votes on the bonding bill that is now headed to Governor Walz’s desk. The votes were identified based on the Minnesota AFL-CIO’s legislative priorities and additional consultations with affiliate unions. The Minnesota AFL-CIO is a constant advocate at the Capitol for shared Labor priorities.

The scorecard also assigns a percentage score to every lawmaker based on their labor issue votes. The following lawmakers received a 100% score this year (*asterisk denotes a 100% lifetime score):

A copy of the full report is available at https://aflcio.mn/343elns