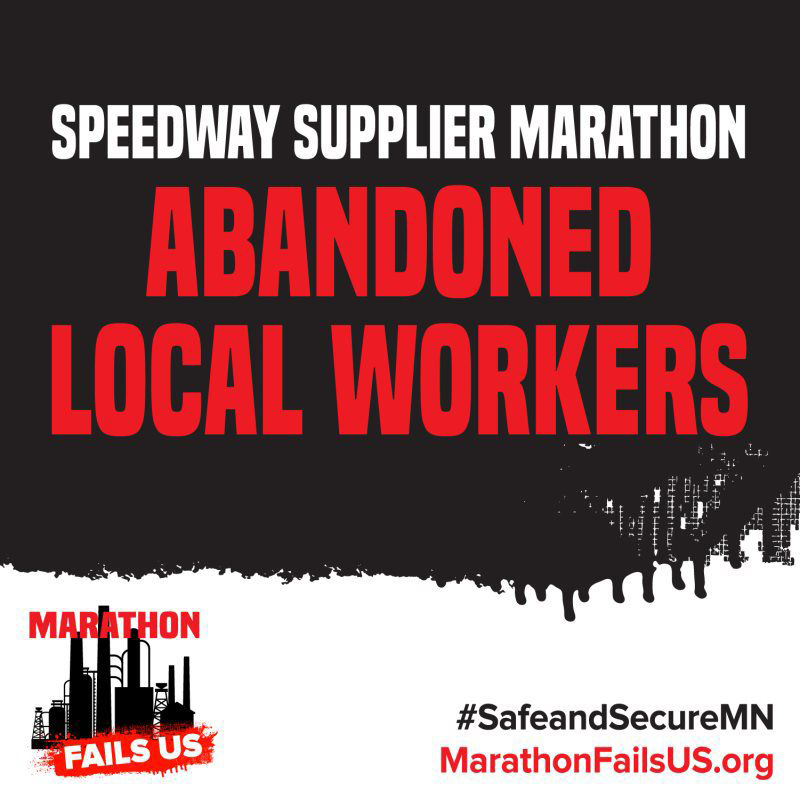 “Generations of Minnesota’s union workers have safely operated the St. Paul Park refinery while providing for their families and supporting their community.

“By bringing in underpaid and poorly trained workers from out of state, closing the doors to Minnesota’s union tradespeople, and going as far as locking out their operations workforce in the name of cost cutting, Marathon has turned its back on working Minnesotans and is putting the surrounding community’s safety at serious risk.

“The Minnesota AFL-CIO supports the Building Trades’ boycott of Speedway stations and urges our state’s union members and anyone who cares about working Minnesotans to do the same.”