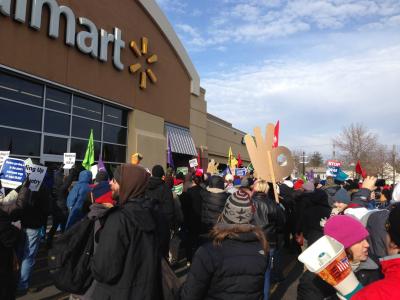 An administrative law judge at the National Labor Relations Board has ruled that Walmart retaliated against workers for participating in strikes. Walmart claimed that the workers' actions were not protected under the National Labor Relations Act and that it was legitimate to fire the employees for violating the company's attendance policy. Judge Geoffrey Carter ruled against Walmart.

The ruling says that Walmart must reinstate 16 former employees with back pay and must hold meetings in 29 stores to inform workers of their right to strike and that strikes are protected under the NLRA.

“Today’s decision proves beyond doubt that Walmart unlawfully fired, threatened and disciplined hardworking employees simply for speaking out. Not only is this a huge victory for those workers and Walmart workers everywhere who continue to stand up for better working conditions, but it sends a message to Walmart that its workers cannot be silenced. We will continue to fight to change Walmart for the better.”