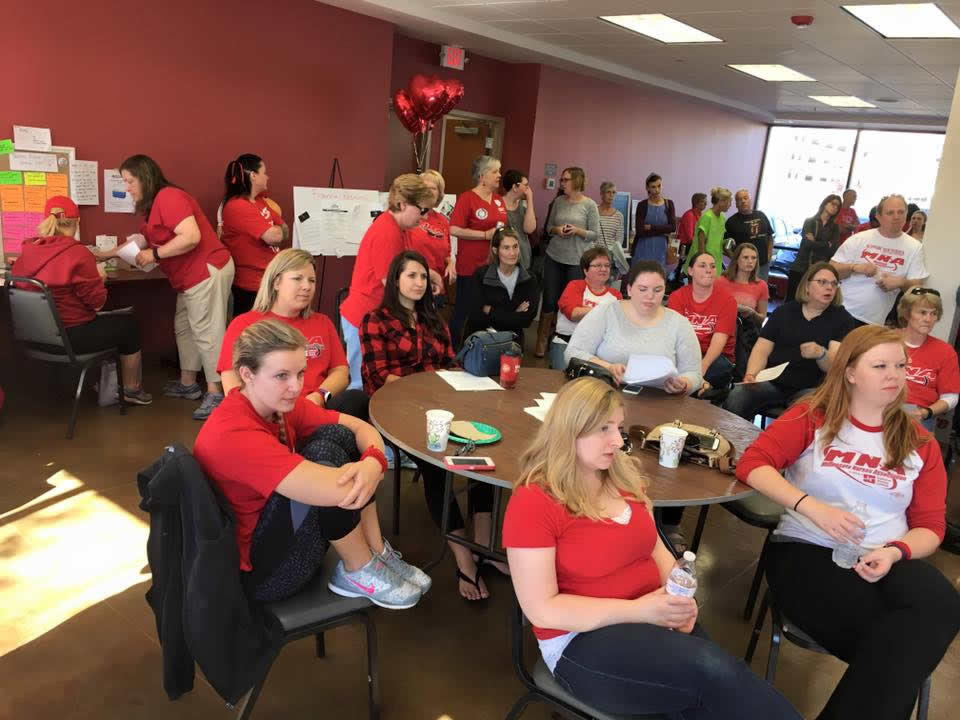 The union held a late evening news conference Monday at its headquarters to present the results of a vote on Allina’s latest proposal.

“The nurses felt that although some progress was made in negotiations with Allina it wasn’t enough progress,” said Abbott Northwestern Hospital Registered Nurse and negotiating team member Angela Becchetti.

“Nurses felt that the proposal took more away from nurses than it offered.  Nurses said they would end their affordable healthcare plans in the year 2020, but they haven’t been adequately compensated for it.”

Other facets of the Allina proposal included a full-time security guard in the emergency rooms, face-to-face workplace safety training, a staffing committee, retention bonus, and an HSA/HRA account.    The vote result means the strike will continue, and both sides will have to return to the bargaining table to hammer out a deal.  There are no plans at this time when that could happen.

“If Allina felt that nurses would accept anything just to return to work in October and get our health insurance back, they were mistaken,” Becchetti said.  “This vote should tell Allina that nurses are strong and willing to hold out for a contract that respects their sacrifice and their profession.”

Voting took place from 6 a.m. - 9 p.m. Monday. Then a third-party accounting team began the vote count.  The public announcement followed the official notification of the nurses represented by the Minnesota Nurses Association and notification of the employer, Allina Health.