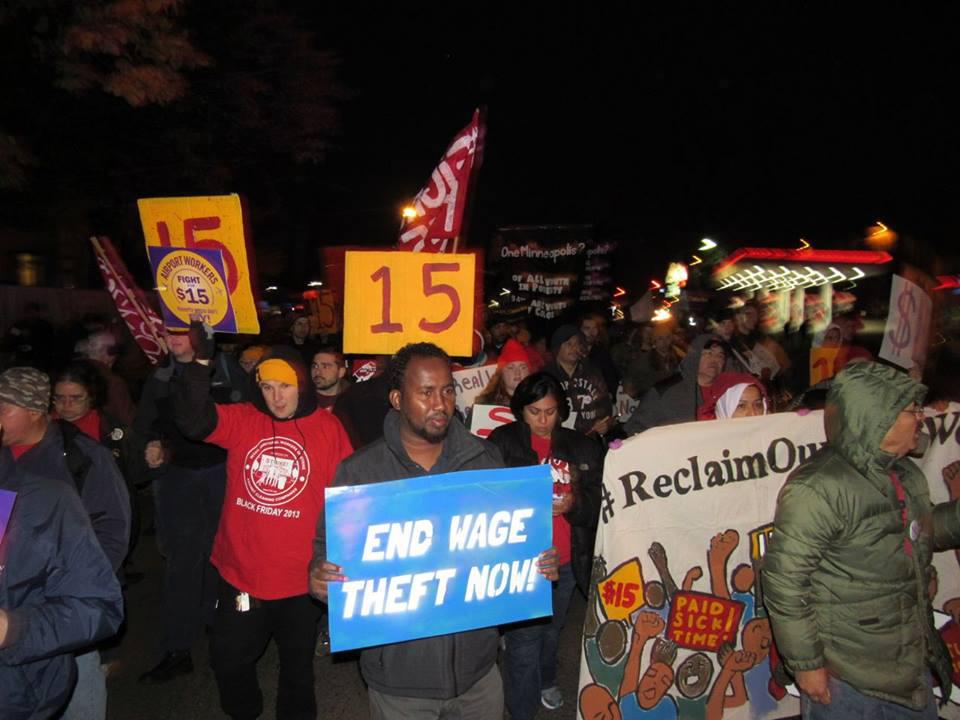 Retail janitors employed by Capital Building Services Group to clean Macy’s and Herberger’s stores around the Twin Cities have received their settlement payments from a wage theft lawsuit totaling $425,000.

“Getting this check today means that by organizing together we were able to win back what Capital had stolen from us,” said lawsuit plaintiff Leticia Zuniga, a CTUL member and Capital employee who cleans a Herberger’s store in the Twin Cities. “Wage theft had been going on for a long time and neither the stores nor the public knew.  By standing up for our rights together and speaking out, workers made justice a reality.”

In May 2015, retail janitors organizing with CTUL took legal action against the cleaning contractor, with claims that janitors who cleaned Macy’s and Herberger’s stores were paid less than minimum wage and did not receive overtime pay, among other offenses. The deal, which was reached at the end of February 2016, covers back wages and damages as part of a class action lawsuit . The settlement includes injunctive relief, ensuring that all employees will get paystubs and will have the option to get paid by check.

Retail janitors organizing with CTUL in the Twin Cities have now won more than $1 million in wage theft settlements in the past three years that have gone directly into workers’ pockets. Other cases of wage theft in the retail janitorial industry include:

Retail janitors and Capital employees say the fight is not over.

“I will continue to organize and fight for my rights because Capital still needs to be a more responsible company,” Zuniga said. “We need materials and protective gear, we deserve to earn a living wage, and we want a fair path to forming a union so workers have a voice on the job. I know other retail janitors who are struggling with similar problems so we will continue fighting until we improve standards in the whole industry.”

Retail janitors are continuing their campaign by organizing actions around the Back to School sales season, calling on retail stores like Kohl’s to adopt a Responsible Contractor Policy.