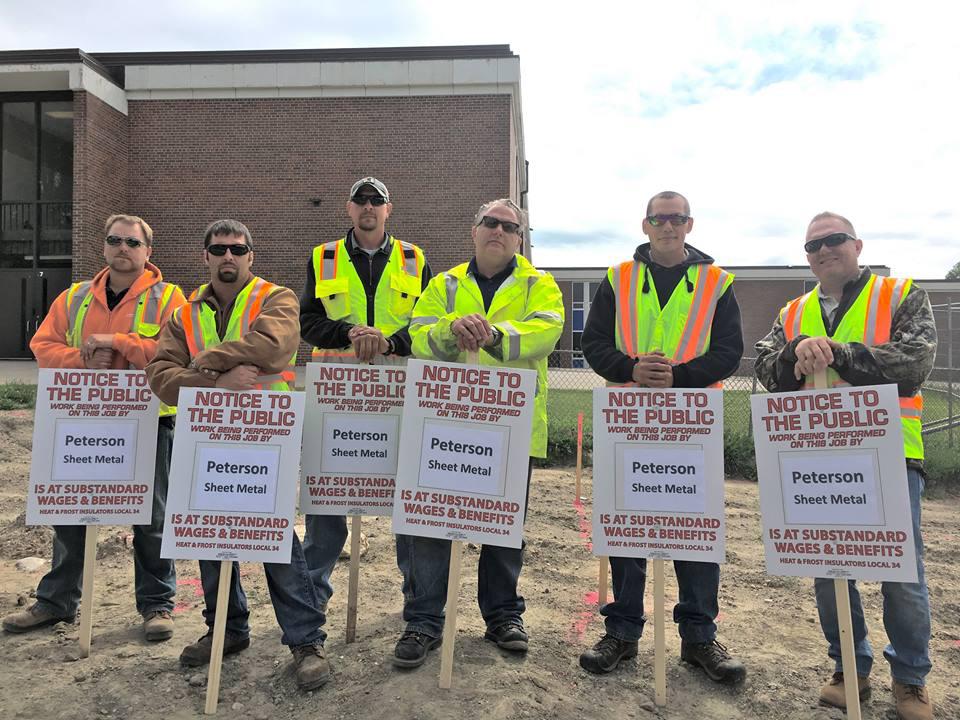 Heat and Frost Insulators Local 34, supported by other Building Trades unions, began an informational picket at Bayview and Southview elementary schools in Waconia Thursday to let the public know that contractor Peterson Sheet Metal was not paying the area standard wage to insulators working on HVAC updates at the two schools.

The picketing prompted several union workers at Southview to decide on their own to leave the job site, Local 34 members reported.

“The only people that are left on this site right now are Peterson’s non-union insulators,” said George Kisel, Insulators Local 34 organizer and president. “These guys aren’t getting paid the area standard wage.”

Peterson Sheet Metal is based in Bemidji and its website says the plumbing, heating and air conditioning company’s employees are members of Sheet Metal Workers Local 10, Plumbers and Pipefitters Local 11 and Millwrights Local 1348.

“All the shop is union except the insulators,” Kisel said.

In the past, Peterson Sheet Metal always contracted out for work performed by insulators, Kisel said, but now the company was starting a mechanical insulation division using in-house workers.

Members of Insulators Local 34 were joined in the picketing by members of several other unions, including Cement Masons, Laborers, Roofers and Sprinkler Fitters.

At Southview elementary school, a car drove by and honked and the driver called out, “good luck, guys!”

Insulators Local 34’s Kisel said Friday the informational picketing was continuing a second day and would continue-into the following week.