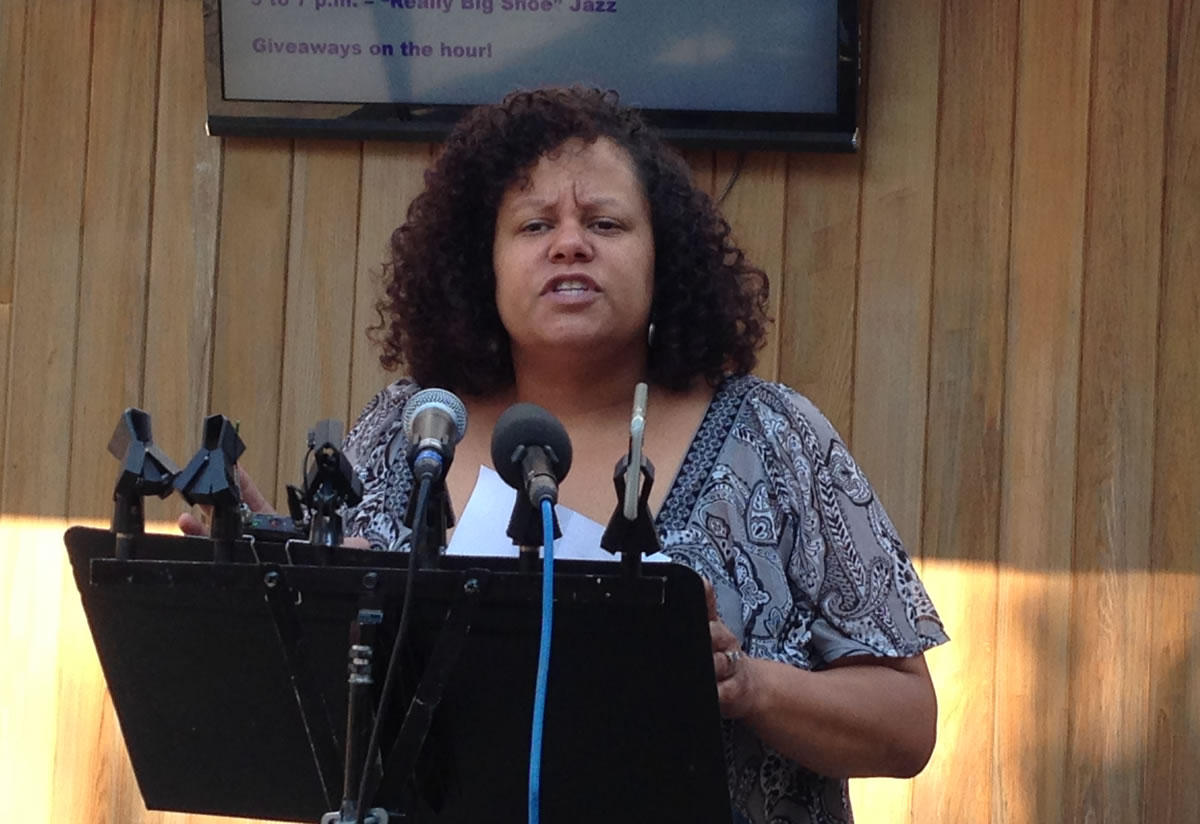 As the Twin Cities struggle with how to address racial disparities in income, a new report offers evidence that labor unions provide an important path up the economic ladder for people of color.

Just in time for Labor Day, the first “State of Minnesota Unions” report was released Friday at the AFL-CIO Labor Pavilion at the Minnesota State Fair.

In Minnesota, unions raise worker wages by 11 percent on average, the researchers found. But they have an even greater effect on the wages of people of color, boosting the hourly earnings of non-white workers by more than 17 percent.

“Unions are therefore one of the most effective anti-poverty institutions in Minnesota,” the authors note in the report, available at www.midwestepi.org.

KerryJo Felder, member of the People of Color Union Members caucus, has witnessed this effect firsthand. Members of the Minneapolis-based caucus range from construction workers and truck drivers to teachers, postal employees and nurses.

“When your wages and benefits are clearly spelled out through a union contract, that reduces the opportunity for discrimination,” Felder said. “Many contracts also include procedures for getting promoted on the job, giving everyone equal access to higher-paying positions.

“This means that one of the most effective ways to reduce racial income inequality is for non-white workers to continue organizing. Unions reduce poverty.”

The effect is also positive for women, said Julie Blaha, secretary-treasurer of the Minnesota AFL-CIO, the statewide labor federation made up of more than 1,000 affiliate unions, representing more than 300,000 working people.

“Women who are in unions earn 10 percent more than their counterparts who do not have the protection of a union contract,” Blaha said. “Unionization helps working women close the gender-based wage gap.”

The union membership rate is 14 percent in Minnesota, 3 percentage points higher than the U.S. average, authors Jill Manzo and Monica Bielski Boris found. In 2015, about 362,000 Minnesota workers belonged to a labor union.

The rate varies by type of job – with membership higher in the public sector than the private sector – and by area of the state.

Labor unions continue to face challenges – both economically and politically – to their growth, the authors note. “However, organized labor still plays a vital role in Minnesota’s economy and communities.”