Unity Hospital workers take their case to the top 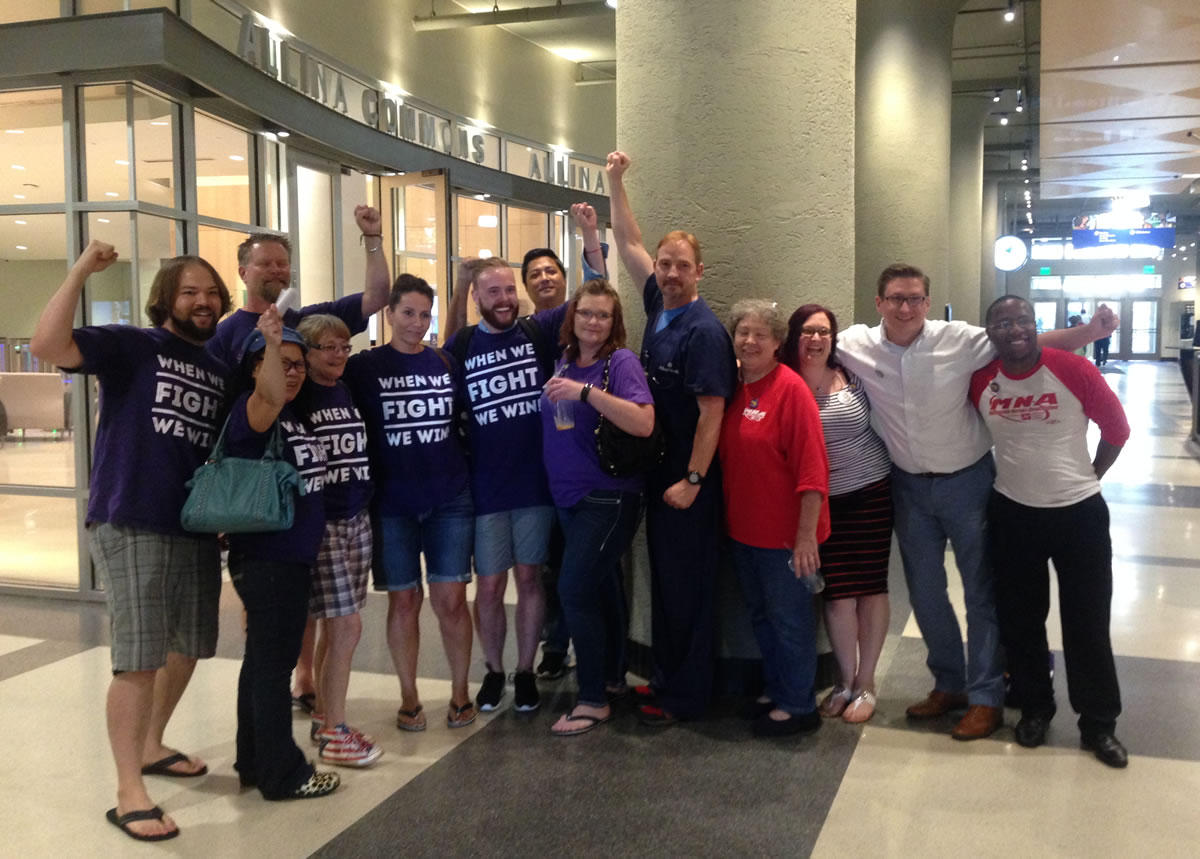 Timothy Kohls, director of labor relations for Allina, accepted the letter from members of SEIU Healthcare Minnesota who gathered in the lobby. They were joined by members of the Minnesota Nurses Association.

“We, the employees and SEIU members at Unity Hospital have been working hard over the past year to negotiate in good faith to come to an agreement with Allina on our first union contract,” the letter begins. “Our proposals are simple and straightforward: Allina should treat Unity employees the same as you do at Mercy and other metro-area hospitals . . .”

Julie Scharber, a member of the union negotiating committee and a unit coordinator at Unity, read the letter to Kohls and another Allina representative before presenting it. Kohls declined a reporter’s request for comment.

The action was the latest step by SEIU members to achieve equity in pay and benefits with their counterparts at other Allina Health hospitals, especially Mercy Hospital in Coon Rapids. Allina has announced it is merging Unity and Mercy under one license and will operate them as “one hospital with two campuses.” Yet workers at Mercy enjoy significantly higher compensation than what Allina has offered the Unity employees, SEIU said.

A negotiation session is scheduled for Tuesday, Aug. 2. Allina “has been completely stonewalling us,” said Corbin Mattila, who transports patients at Unity.

Registered nurses, who face their own struggle to settle a contract with Allina, stood in solidarity Monday with the SEIU members.

“It meant a lot to have the SEIU members picket with us” during the MNA strike against Allina in late June, said Connie Ferdinand, a registered nurse for 21 years at Abbott Northwestern. “They are facing the same issues we’re having with the employer being unfair . . .”

“The end goal is what is best for the patient,” she said. “We’re not machines. We are humans caring for humans.”