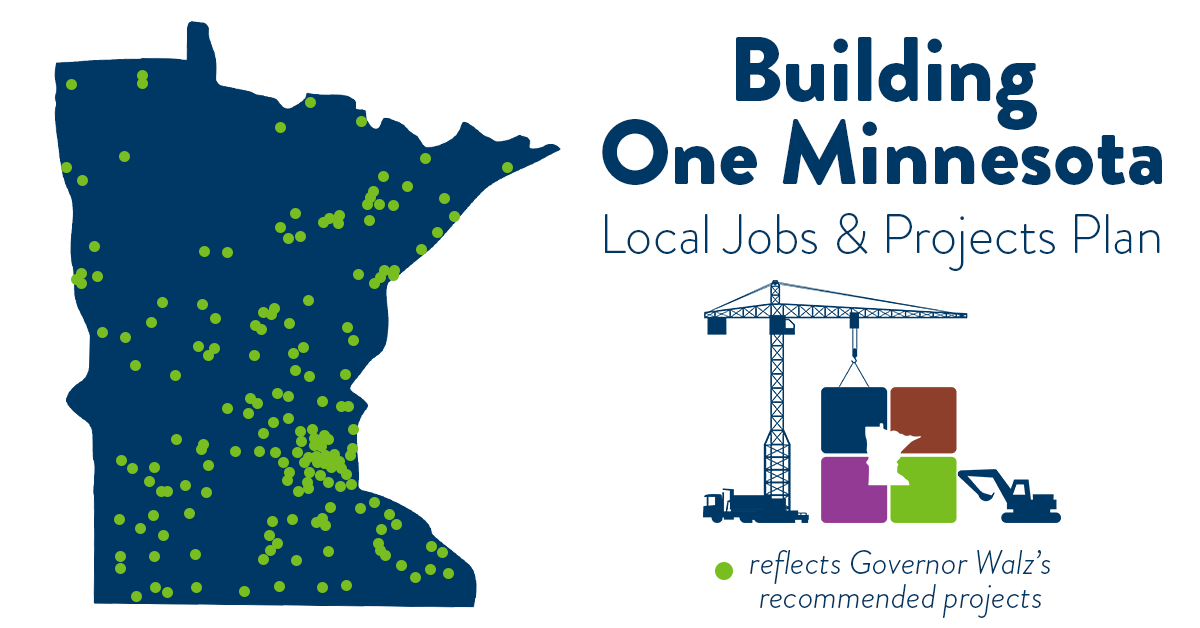 “This week’s announcement of more than $2 billion in proposed infrastructure projects, with more local projects than any Governor’s bonding proposal in state history, shows once again that Governor Walz and Lt. Governor Flanagan mean it when they talk about building One Minnesota.

“These projects will produce work for tens of thousands of skilled union construction workers who will spend their earnings in communities in every corner of our state. This proposal, both the projects it funds and the jobs it will create, is something Minnesotans of all backgrounds can join together to support. Lawmakers should act quickly on this proposal when they return next month.

“While overall unemployment is low, far too many jobs fail to provide the pay and benefits needed for working people to sustain their families. The Governor’s Local Jobs & Projects plan is a proven way to create the kind of jobs working Minnesotans need.”