Working people are controlling their own destinies 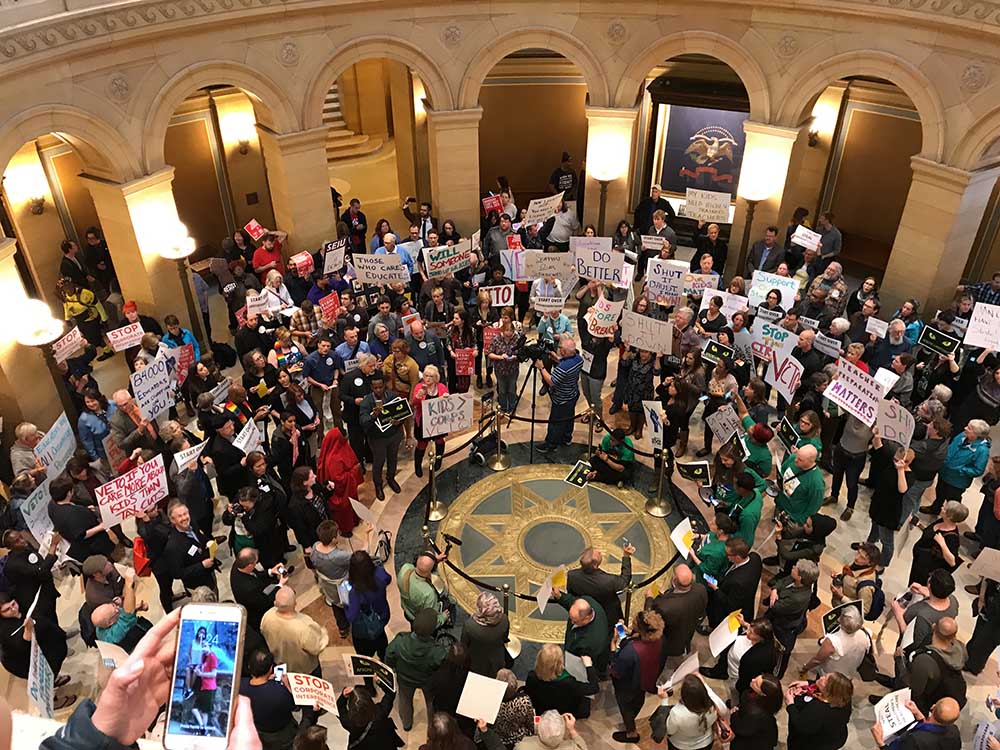 July is an important month for tens of thousands of Minneapolis workers. Thanks to a local policy initiative, every working person in Minneapolis is now earning paid sick and safe time no matter where they work in the city. A similar ordinance in St. Paul is slated to fully go into effect in January, while Duluth is crafting its own earned sick and safe time policy as well. And now Minneapolis, following the example of cities across the nation, will be phasing in a $15 minimum wage.

Local officials took action in response to a wave of grass-roots activism demanding that communities implement policies to advance social and economic justice. We celebrate these wins as signs that our democracy can function at the local level, where government is closest to the people.

These new local workplace policies will be life changing for tens of thousands of working people in these cities, especially for women and people of color. In fact, Minneapolis’ minimum wage increase will mean a pay raise for 42 percent of black workers, 54 percent of Hispanic workers, and 29 percent of working single mothers in the city. For a city with some of the worst economic disparities in the nation, this is much-needed progress.

Unfortunately, the recent surge in pro-worker policy victories on the local level, states under Republican control have begun to enact so-called “preemption” laws to stop paid sick time and minimum wage ordinances from going into effect. These fundamentally cynical laws limit the freedom of local communities to improve on state minimums and unfairly hold working people back. For example, the city of Fargo ran into North Dakota’s preemption law when it was prevented from raising their minimum wage to compete with Minnesota’s $9.50 rate.

This year in St. Paul, corporate lobbyists spent thousands of dollars and many months lobbying for a preemption law in Minnesota. But thankfully, working Minnesotans showed up for public hearings and debates to stand up for local control and the local worker-friendly policies they have worked so hard to achieve. Gov. Mark Dayton heard workers’ voices and vetoed the preemption bill. In his veto message, Dayton wrote, “this legislation interferes with local control, harms workers, and takes away the power of citizens to make positive changes in their communities.”

Dayton’s veto gives working people in cities and towns across our state the freedom to continue advocating for raising wages, paid sick and safe time, and for other workplace protections in their own communities. The working people leading these campaigns are telling powerful stories, stories of hard work and struggle. They’re also sharing their hopes to achieve the American Dream: through hard work, justly rewarded, in jobs that treat all workers with dignity and respect.

This column originally appeared in MinnPost.